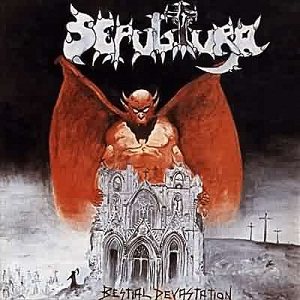 Originally released as part of the Sepultura / Overdose split in 1985.

Cogumelo released in 1990 the Bestial Devastation MLP without the Overdose part. This release contains a new version of "Troops of Doom" recorded in 1990. It's the same version that appears as bonus in Schizophrenia.