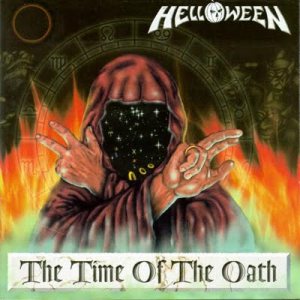 The Time of the Oath

Eagles
The Time of the Oath Information

A limited edition with a slipcase and poster is also available.

"Steel Tormentor" (track 2) is a tribute to Judas Priest.

This is the first Helloween album where all five band members got a songwriting credit, although Markus Grosskopf has contributed only to two tracks ("Walk Your Way" and "Still I Don't Know") that are not featured on the regular album tracklist, but only as singles B-sides, in expanded editions or in compilations. The longest track of the whole record though, "Mission Motherland", is officially credited to "Weikath/Helloween".

The Time of the Oath Reviews

The Time of the Oath Comments