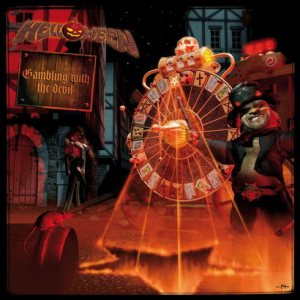 Gambling with the Devil

Eagles
Gambling with the Devil Information

The limited first edition of Gambling With the Devil came with a scratch ticket that allowed fans to participate in a draw on the official Helloween website. The first prize was a paid flight for two including accommodation at the band hotel on an American tour date of the Hellish World Tour 2007/2008, while the other prizes included signed guitars and fan packages. Helloween created this contest in order to thank the fans for the successful 2005/2006 Legacy World Tour that was also filmed in the Live on 3 Continents DVD.