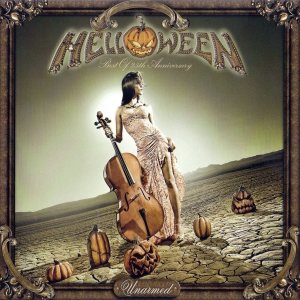 In fact, re-recorded version of "Eagle Fly Free" is a cover version by cover band "Hellsongs" taken from their EP "Pieces of Heaven, a Glimpse of Hell" (2009) but with added vocals of Andi Deris and lead guitars of Sascha Gerstner as well as other instruments from guest musicians. Other band members did not participate on recordings of "Eagle Fly Free".