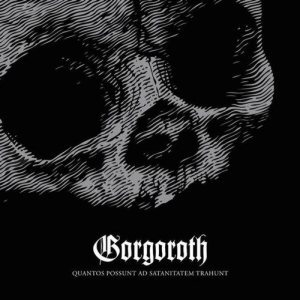 Additional notes
Recorded and mixed at Monolith Studio between March and June 2009.
Mastered at Cutting Room.

'Quantos Possunt ad Satanitatem Trahunt' is Latin, roughly translating to 'How greatly they can carry off those towards Satan'.

Tormentor was part of the band at the time of the album's recording and release but all guitars were played by Infernus for convenience purposes.

Limited CD edition (5000 copies) in a slipcase that comes with a patch of the album artwork .