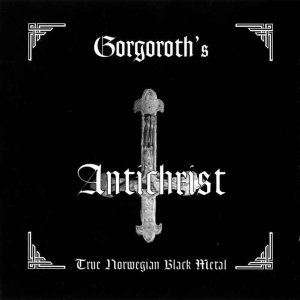 Additional notes
Recorded and mixed in Grieghallen Studio from 19 December 1994 to 19 January 1996.
Edited at D.N.S.' studio.

Despite its short length, this is considered a full-length album, by the band. DO NOT change it to an EP.

English translations:
1. A Rank Smell of Christian Blood
2. The Revenge of the Mountain Troll
6. Sorrow

Infernus dedicates all his work on this album to the memory of Euronymous (1968-1993).

The Sin of Satan is the Sign of Gorgoroth

Re-released in 2006 by Back On Black Records as gatefold LP, including a signed guitar pick by Infernus with each copy.

Re-released as a remastered jewel case CD by Regain Records in 2007 and retains the original artwork.