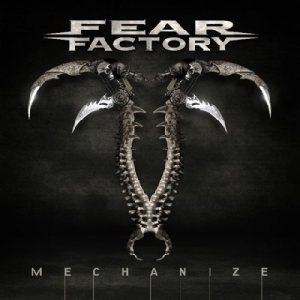 Byron Stroud is credited as bassist, but did not record bass tracks on the album.

The band also re-recorded the song "Sangre de Niños" (originally featured on the Concrete album) during the Mechanize sessions. It has yet to be released.