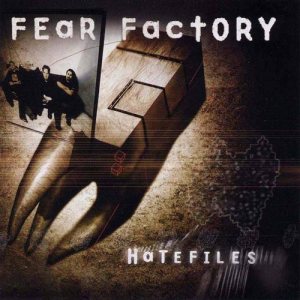 Additional notes
Track 1 recorded in 2002 for the video game "Terminator: Dawn Of Fate".
Produced and mixed by Rick Will.
Additionnal production by Fear Factory.

Track 2 recorded in 2001, four months after "Digimortal" was completed. Recorded for the game "Frequency", and appears on the "Linchpin" single.
Produced by Fear Factory.
Engineered by Duane Barron.
Mixed by Mike Plotnikoff and Dino Cazares.

Tracks 3 & 4 were recorded in June 1999 for the video game "Demolition Racer".
Produced by David Tickle and Fear Factory.

Track 5 is a radio remix of "Invisible Wounds (Dark Bodies)" by Rhys Fulber. The original version appears on "Digimortal"

Track 6 is a radio edit of "Resurrection" by Tom Lord-Alge. The original version appears on "Obsolete".

Track 7 is a remix of "Edgecrusher" by Rhys Fulber.
Engineered by Junkie XL.

Track 12 is an earlier incarnation of "Invisible Wounds (Dark Bodies)", recorded around 1999-2000.
Produced by Fear Factory.

Track 14 and 15 are remixes of "H-K (Hunter-Killer)" by Junkie XL. Originally appeared on the "Burn" EP.

Track 16 is a Gabber remix of "New Breed" by Technohead. Originally appeared on the "Burn" EP. Also appeared on 12" single The Gabber Mixes, as "New Breed (Steel Gun Mix)".

Track 17 is a Gabber remix of many songs off "Demanufacture" by DJ Dano and Liza N Eliaz. Originally appeared on The Gabber Mixes.

Track 18 is a remix of "New Breed" by Spoetnik, as the title says.

Tracks 14-18 were supposed to appear on remix album "Remanufacture", but were cut due to material overload.

A collection of rare, unreleased and remixed tracks