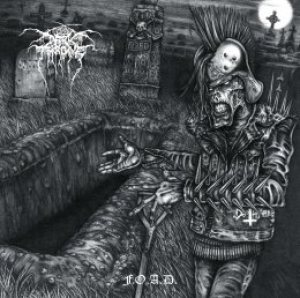 Additional notes
Written from October 2005 'til May 2007.
Recorded 2006-2007 on Darkthrone's own studio Necrohell II by Nocturno Culto.

The logo of the band Deathhammer appears on the leather jacket of the figure on the cover art.

"F.O.A.D." stands for "Fuck Off and Die", which is also the title of the fifth song on the album.