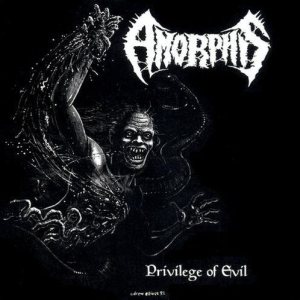 Additional notes
Recorded and mixed at TTT Studio, Helsinki, May 1991.
Produced by Amorphis.

There is also a tape version released by Morbid Noizz Productions (073) in 1995, that include "The Karelian Isthmus" on side A.

Intended to be a split with Incantation. Incantation's half was released 15 years later as Blasphemous Cremation.

Some copies come with one page inlay and others with two page folded inlay with both sides printed.

Tracks 4 and 5 are the same versions as used on the 1992 Amorphis -Single.