In the Flesh Lyrics 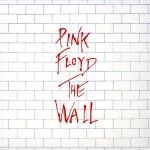 (Ah-ah, ah-ah, doo-doo)
(Ah-ah, ah-ah)
So ya thought ya might like to go to the show (Doo-doo)
To feel the warm thrill of confusion, that space cadet glow
I've got some bad news for you sunshine
Pink isn't well, he stayed back at the hotel
And they sent us along as a surrogate band
We're gonna find out where you fans really stand