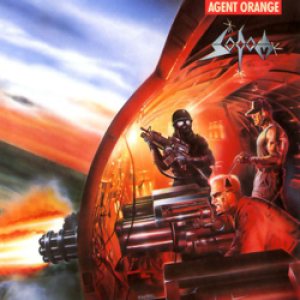 CD and cassette versions of the album include a cover of Tank's "Don't Walk
Away" as a bonus track.
The picture LP issued in 2005 by SPV does include "Don't Walk Away" and is
limited to 1,000 copies.

There is also a limited edition metal box released with two picture disc vinyls
in 1990.