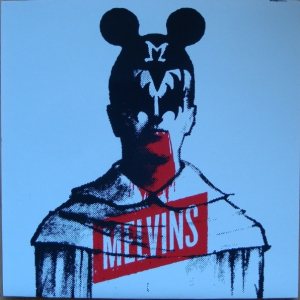 Additional notes
Artwork for the March 19 release was by Aesthetic Apparatus. This is a limited edition release for the Melvins shows on March 19th in Coon Rapids, MN and 20th in Minneapolis, MN of 2004 at two different locations of Grumpy's Bar and Grill. At the shows the sign said there were 200 of these pressed but there were actually 250, 75 of which had a foldover back cover, the other 175 did not have the foldover.

Artwork of the March 9 release was done by Wes of LSD Magazine. This is a limited edition release for the Melvins 20th anniversary show in Olympia, WA 03/09/2004 at The Capitol Theater w/ Mudhoney & Fitz of Depression, the remaining were sold at the 03/13/2004 West Hollywood, CA Troubadour show.