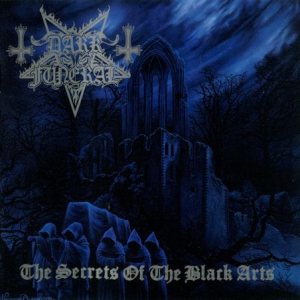 The Secrets of the Black Arts

SludgeLeader
The Secrets of the Black Arts Information

Additional notes
Originally recorded at Dan Swanö's Unisound Studios but the band did not like the dull sound so it was re-recorded at Peter Tägtgren's The Abyss in June 1995.

Also released in 1996 by No Fashion Records as limited edition Digipak.

Released in the US by Necropolis Records on gatefold vinyl albums limited to 500 copies, printed by them under the label name Necrohell.

Cover art taken from a painting by German 19th-century painter Caspar David Friedrich.
The 2007 Regain Records reissue (limited to 3000 copies, catalog number REG-CD-1013) and 2007 reissue by the band in Digipak (catalog number DF001) comes with a bonus disc containing the original recording of the album at Unisound Studios:

The 2010 Back on Black vinyl-reissue comes with a bonus 12" containing the same Unisound Recording but without track 9 "Call From the Grave".

Re-released by Century Media in 2013.

A music video was made for "The Secrets of the Black Arts".