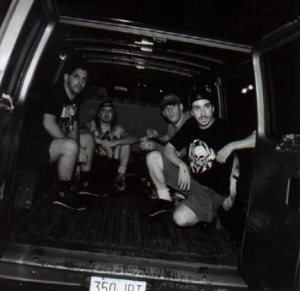 Additional notes
They broke up in 2001 due to what they called a "hostile environment for doom metal bands". They reunited in July, 2005.

Eric wrote:
"I'm sorry to announce that Grief is no longer playing. We have dis-banded or whatever.
The last show we played was the Wien Arena in Vienna, Austria (I think I spelled those things right).
Our reasons for disbanding are our reasons. We have chosen not to get into it, but it may or may not include the following reasons:

- Jeff has finally become Rip Van Winkle and will be asleep for the next 50 years.
- Ray has finally eaten so much that he cannot fit out of the door to his house and is unable to leave home.
- John has become so death metal that we' d have to actually be ghosts to jam with him and none of us feel like it.
- Eric finally became an actual dog and has not learned how to play bass or do artwork with his paws."
Album Reviews
Album Comments
Track Ratings
New Albums
Upcoming Albums
Videos
Top Albums
Album of the Year
Top Tracks
Latest Artists
Latest Albums
Latest Lyrics
Artist Photos
Advanced Search
A
B
C
D
E
F
G
H
I
J
K
L
M
N
O
P
Q
R
S
T
U
V
W
X
Y
Z
etc.
Pop
Rock
Metal
Jazz
Soul
R&B
Hip Hop
Blues
Country
Electronic
Free Board
News
Playlist of the Day
Market
Music Videos
Polls
Notice
Site Status
Users : 459
Online
Artists : 5,228
Albums : 39,902
Reviews : 626
Lyrics : 1,134
Add an Artist
HOME
Close