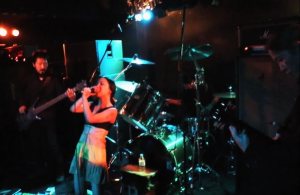 Corrupted
Corrupted Photos (4)
Additional notes
Despite being from Japan, Corrupted sing mainly in Spanish. They also have songs in English, German and Japanese.

The band policy is not to do interviews (they never had done any in the past) and do not let professional photographers take their pictures. There aren't any promo pics of Corrupted, but a few shots from fans at concerts do exist.