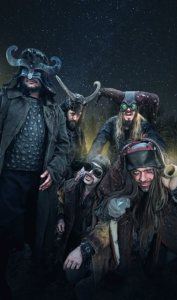 Best Arcturus Songs (15)
Additional notes
Formed in 1991 as an off-shoot from Mortem, which continued in parallel with Arcturus for a few years. Arcturus is therefore not the same band as Mortem with simply a new name, but rather a different project featuring the same members.