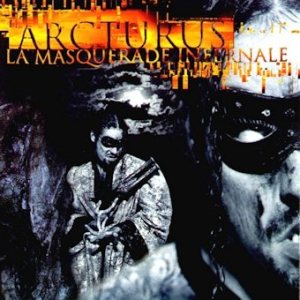 Additional notes
Recorded at Jester Studio between December 1996 & May 1997, excluding the drum takes, which were engineered between 15th & 20th of December 1996 at Fløystøy, and string takes, which took place on 1st of May 1997 at Endless.
Mixed between 2nd & 12th of June 1997 at Major Studio.
Mastered at Strype Laboratories.

CD is actually 01:27 longer because of the hidden pretrack on song #1.
Lyrics of 'Alone' are taken from a poem by Edgar Allan Poe.

Re-released in 2003 by Candlelight Records. This release is remixed and does not contain the hidden track.

The Throne of Tragedy is based on the poem «Tragediens Trone» by Jørn Henrik Sværen, is translated to English by the undersigned, and hereby dedicated to Kristoffer Garm Rygg.