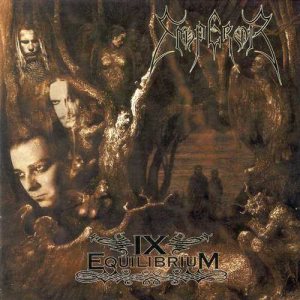 There is a hidden 9th track (0:28) after "Of Blindness And Subsequent Seers".
There is a digipack version that doesn't have a booklet, though it has two bonus tracks:
9. Curse you all Men! (Live - At the Astoria, London July '99)
10. Sworn (Revamped by ulver at Endless Studios)

Re-released in 2006 by Back on Black Records. Gatefold LP

Re-issued by Candlelight Records in 2007 as a numbered limited edition boxset.