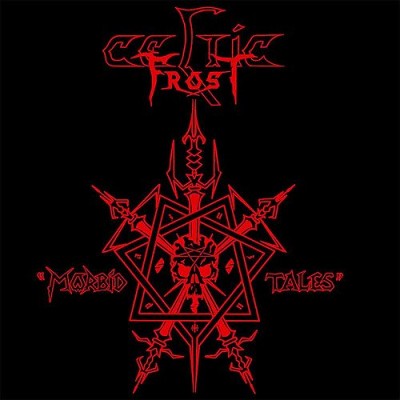 German pressing featured the heptagram in red with full poster with lyrics to "Morbid Tales". First pressings had a sticker that stated "Ex-Hellhammer members, limited black vinyl, includes poster" while subsequent issues had it printed on the cover in silver. Noise also pressed a picture disc of this album that dates from 1985 in a limited run of 200 copies .