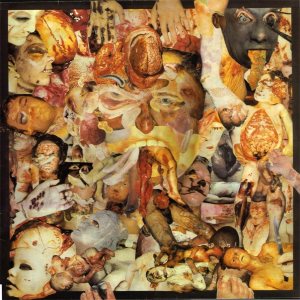 Additional notes
Recorded, mixed, re-recorded and re-mixed at Rich "Funeral" Bitch Studios December 1987 - March 1988 on 16 track facilities.
According to an interview with Bill Steer, the initial recording was completely ruined by Mike Ivory so the band had to hastily re-record and re-engineer the album in order to meet the label's deadline.

The above cover is the original "gore" cover, which was later banned and replaced by a "clean" cover, which was drawings of a human similar to those found in biology books. The exact same cover was used for "Symphonies Of Sickness" except with a different color scheme. In the year 2002/2003, the gore covers were put back.

September 2008 reissue: Fully remastered on a DualDisc (combined CD and DVD) in a deluxe digipak packaged in a white "medical" bag with expanded artwork. It includes part 1 of the mini-documentary series entitled "The Pathologist's Report" on the DVD side plus the 13 tracks of the "Flesh Ripping Sonic Torment" demo-tape as bonus-tracks on the CD side.

The lyrics here are taken from the booklet.