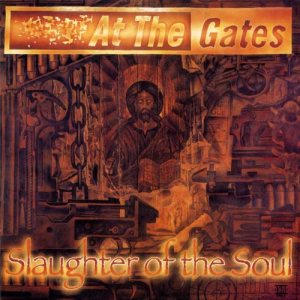 Slaughter of the Soul

SludgeLeader
Slaughter of the Soul Information

Additional notes
Recorded and Mixed in Studio Fredman, May - July 1995.

"Into the Dead Sky" and "The Flames of the End" are instrumentals, but in the booklet, there are comments for the tracks.

A music video was created for "Blinded by Fear."

Was rereleased again in 2008 contains everything from the 2002 and 2006 re-releases (all audio and DVD material), as well as additional DVD footage -- an eight-song live set, recorded in Krakow, Poland on December 30, 1995.

Earache Records also made a 12" vinyl version of this album with the bonus tracks.

Slaughter of the Soul Reviews

Slaughter of the Soul Comments

At the Gates Discography