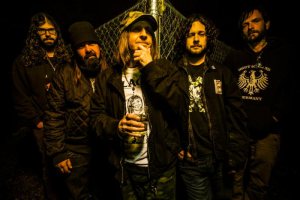 Eyehategod
Eyehategod Photos (5)
Additional notes
Seth Putnam, a friend of the band, did vocals for one Eyehategod show while Mike was in prison. Phil Anselmo played guitar for a show at CBGB's (replacing Brian Patton), and has also appeared live with Eyehategod numerous times.

Have a 2-CD tribute album titled "For The Sick" released on Emetic Records with cover songs from bands like Brutal Truth, Sourvein, Minsk, Lair of the Minotaur, Alabama Thunderpussy, Ramesses, and many others.