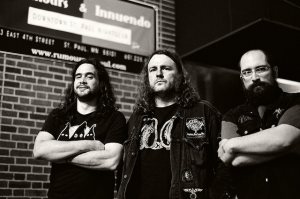 They have been categorized as grindcore, noisecore, noisegrind and hardcore. The band is often referred to by their initials A.C. (often written as AxCx) due to the offensive nature of their name and censorship limits on some radio and publications, and many of their album covers simply display the initials A.C. However, the band managed to subvert even this abbreviation by drawing these letters in a manner resembling an anus and a vulva. Their early material contained no pre-written lyrics or music. Rather, the band developed a style which consisted of extremely loud, fast, and aggressive noise that was created entirely on the spot. Over the years, the band eventually shifted their style and slowly began to incorporate more riffs and pre-written lyrics into their songs. It was not until then that the band earned the reputation (at least via their recordings) for intentionally being outrageous and offensive. In 2011, they released a "cock rock" album entitled Fuckin' A. An album of material similar to their old grindcore albums called Wearing Out Our Welcome was released digitally in 2010.
Album Reviews
Album Comments
Track Ratings
New Albums
Upcoming Albums
Videos
Top Albums
Album of the Year
Top Tracks
Latest Artists
Latest Albums
Latest Lyrics
Artist Photos
Advanced Search
A
B
C
D
E
F
G
H
I
J
K
L
M
N
O
P
Q
R
S
T
U
V
W
X
Y
Z
etc.
Pop
Rock
Metal
Jazz
Soul
R&B
Hip Hop
Blues
Country
Electronic
Free Board
News
Playlist of the Day
Market
Music Videos
Polls
Notice
Site Status
Users : 462
Online
Artists : 5,243
Albums : 40,021
Reviews : 626
Lyrics : 1,180
Add an Artist
HOME
Close