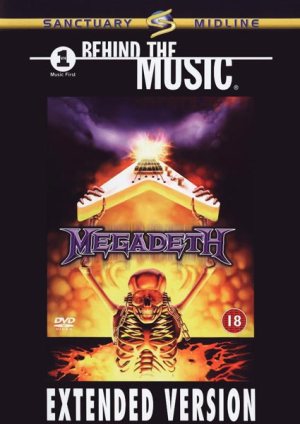 Behind the Music (Extended Version)

Additional notes
Megadeth was the subject of an episode of VH1's enormously popular "Behind the Music" series, and an expanded edition with more than one hour of bonus footage was released on DVD and VHS. Megadeth: VH1 Behind The Music contains commentary from ex-band members, former managers, family members, special appearances by Lars Ulrich and James Hetfield of Metallica, and Alice Cooper.

The over one hour previously unreleased bonus footage includes a discography, a photo gallery, several behind the scenes interviews, and the uncensored version of "Moto Psycho" music video.