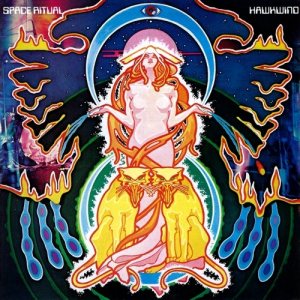 Differences between versions:
All iterations of Space Ritual appear to come from the same sets of concerts. The earlier iterations such as original Space Ritual release as well as releases named Volume 1 and Volume 2 appear to have been live recordings with studio overdubs.