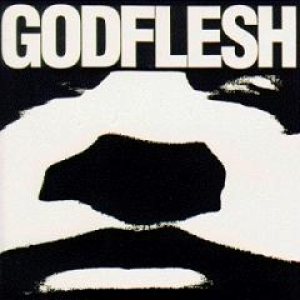 Additional notes
Initially released on Swordfish Records, in 3 versions, only on vinyl. The band signed to Earache Records shortly after, and both Earache and Silent Scream recordings re-issued this recording 2 years later. Earache's version contained 2 bonus tracks, from some unknown session and Silent Scream issued this without the bands consent and is a bootleg.

Re-issued in 1990 by Earache with 2 bonus tracks:
"Wounds" and "Streetcleaner 2." "Wounds" is a remix version of the song "Wound" from the "Streetcleaner" album.

The original vinyl print read "Low Life Motherfuckers (Side A)" and "Music from the Death factory '88 (Side B)", the latter being a reference to Throbbing Gristle.

The original release on Swordfish Records was released on clear and black vinyl and has a slightly different cover. It is more of a grey toned picture, whereas the Earache re-releases are just plain black and white. Contains lyrics to Avalanche Master Song, Veins and Weak Flesh. Also contains pictures not included on the Earache Re-releases.

The cassette release on Silent Scream is the same as above, but also has a picture of (a _very_ young) Justin and Benny. The Earache release doesn't contain all the pictures but has a new one, and doesn't have lyrics. This may possibly have been released on vinyl as well.

The cassette on Silent Scream incorrectly lists track one as "Avalanche" and track two as "Master Song".

Tracks "Wounds" and "Streetcleaner 2" are bonus tracks on the cd from some later, unknown recording session.

A video for "Avalanche Master Song" was made but was never released to the general public until it was featured in the 2 CD set release of "In All Languages."

Re-released on vinyl by Kreation Records in 2008 remastered by Mell Dettmer, with the extra track 'Wounds' (splatter x200, black unlimited).