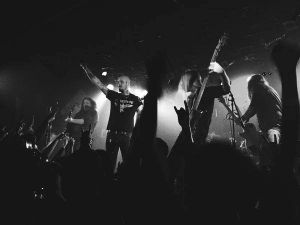 Additional notes
The band's name does not refer to the 1977 Stephen King horror novel The Shining (nor the 1980 Stanley Kubrick movie based on it); rather, according to Niklas Kvarforth, it means "the path to enlightenment".

All Shining full-length albums have six songs, and usually have roman numbers preceding the titles in chronological order. Kvarforth chose to stop the numeration in 2012, saying that "the use of numbers to describe our albums is no longer something that Shining is interested in doing", although he re-started to numerate them with 2013's compilation 8 ½ - Feberdrömmar i vaket tillstånd.