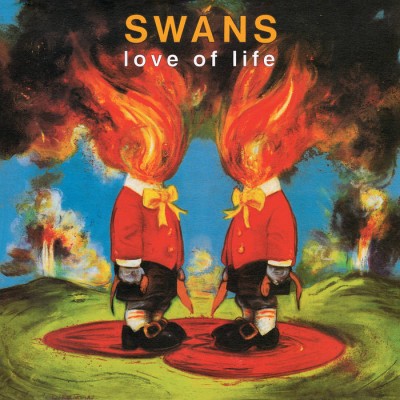 Although originally released on in several formats and in both the US and UK in the early 1990's, these recordings remained hard to find in their original form for a long time, due to the lack of timely reissues - they appeared only as part of the basis for the Various Failures 1988-1992 compilation at the end of the decade.

The entire album was however re-issued in 2015 both as part of the White Light From The Mouth Of Infinity / Love Of Life compilation and as a stand alone vinyl release.

Both CD and LP copies of the original editions were available in limited edition versions which included a cloth-bound box large enough to hold it and the preceding album, White Light From The Mouth Of Infinity.

The last track on the CD versions, "No Cure For The Lonely," does not appear on the LP pressings.

Narration (uncredited) on "Her" is by 12-year-old Jarboe (source: Michael Gira in interview with Convulsion Magazine, Edinburgh, 1993).