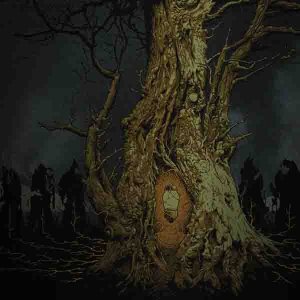 This is a full collaboration of the bands Sunn O))) and Boris as well as several other artists:

Artwork is done by illustrator extraordinaire Aaron Horkey of Burlesque Design and Atsuo Mizuno, the drummer of Boris.