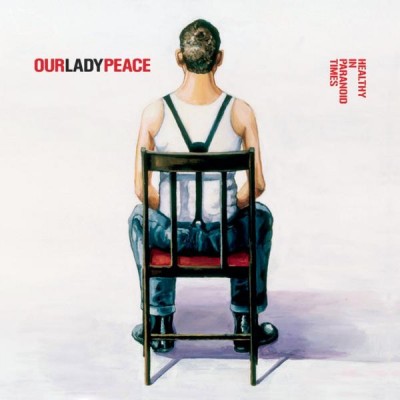 Studio outtakes
According to the album's liner notes, 43 songs were recorded for the HIPT sessions. The earliest songs played following the May 2003 sessions were "No Warning" and "Talk Is Cheap". "Not Afraid" was played at the 2004 Juno Awards and was released on a 3-track promo CD by Labatt Blue (albeit with completely different lyrics). The tracks "Kiss on the Mouth" and a demo track "Better Than Here" were released on their 2006 compilation album A Decade. A short clip of "Vampires" as well as the podcast on recording the song are available on the internet. The titles for the songs "End of the World", "Enemy", "Save Yourself", "Weight of the Lord" and "Hit the Wall" appeared on a set list seen the band's 2004 holiday video. Jeremy Taggart played a portion of the drums for "Hit the Wall" on The Dean Blundell Show. Even with all these titles known, 19 songs still remain unaccounted for. According to Coutts, the batch of songs recorded in Malibu, considered to be much darker than anything Our Lady Peace had ever recorded, were deleted and "will never see the light of day."