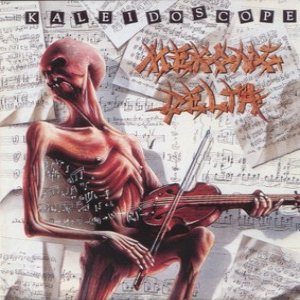 All songs composed by Ralph "Ralf" Hubert except:
"Sabre Dance" is originally composed by armenian composer Aram Khachaturian (1903-1978).
Arrangement for group by R. Hubert.
"Dance on a Volcano" by Rutherford/Banks/Hackett/Collins.
Arrangement for Drums/Guitar/Bass/Vocals by Mekong Delta.

All lyrics by Ralph "Ralf" Hubert except "Dance on a Volcano" by Rutherford/Banks/Hackett/Collins.

Released on vinyl in July 2013 by Night of the Vinyl Dead Records limited to 333 hand numbered copies.
Cat # NIGHT162