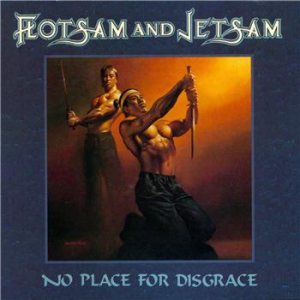 No Place for Disgrace

SludgeLeader
No Place for Disgrace Information

A music video was made for the song "Saturday Night's Alright for Fighting (Elton John cover)".

Trivia: According to former bassist Michael Spencer, Flotsam and Jetsam was going to call this album "Blessing in Disguise". However, when he departed from the band, Elektra Records A&R Michael Alago decided to let their former labelmate Metal Church use that name for their third album, which was eventually released in February 1989. As a result, Flotsam and Jetsam changed the name to its current title.