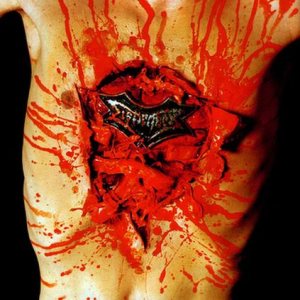 Dismember came up with the name for this album after a British newspaper referred to the band as Indecent and Obscene. The idea for the cover design came after seeing a poster of Jim Morrison of The Doors An American Poet poster.

Reissued by Nuclear Blast on May 25th 2000 remastered in a digipak with the Pieces EP as bonus tracks.

Both songs recorded during the Death Metal session. The song Hill 112 was included on the Nuclear Blast compilation Death... Is Just the Beginning IV 1996.

Reissued by Candlelight Records on August 23rd 2005 remastered with the same bonus tracks as the 2005 reissue.