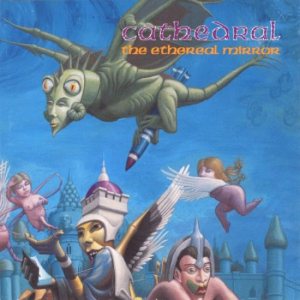 Re-released as a Dualdisc in May 2009 with "Statik Majik" EP as a bonus disc.
It comes remastered (by Shawn Joseph at Optimum Mastering - March 2009) with a poster of the album artwork on one side and on the reverse side is the Statik Majik EP artwork w/ lyrics at the bottom.

The DVD side of the Dualdisc contains a 40 min brand new documentary with key original band members, filmed in Coventry in 2009. Also featuring interviews with infamous cover artist Dave Patchett, an in depth exploration of the formation of Cathedral, the recording of "The Ethereal Mirror" and the growth of the band from humble beginnings to a major label deal.