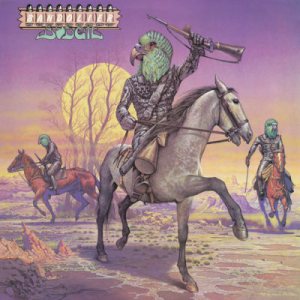 "Napoleon Bona - Parts One and Two" is one track, but listed on the back cover and booklet as two tracks. The title is a wordplay on Napoleon Bonaparte.

"I Can't See My Feelings" was covered by Iron Maiden in 1992, on their "From Here to Eternity" single.