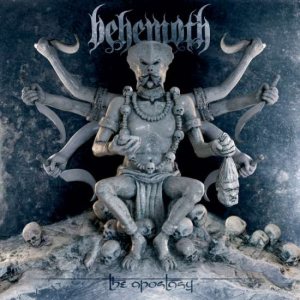 "Kriegsphilosophie" is German for "Philosophy of War."

"Pazuzu" was a much feared creature of legend in Mesapotamian mythology, with a
deformed head, wings of an eagle, sharp claws of a lion on it's feet and tail
of a scorpion. It is the personification of the south-east storm wind, which
brings diseases.
The word "Apostasy" is a greek word, meaning deflection or revolt. The term is
usually employed to describe the formal rejection or abandonment of one's
religion.
Guests:
Warrel Dane (Nevermore) - Vocals on "Inner Sanctum"
Leszek Mozdzer - Piano on "Inner Sanctum"
Trumpet Trio
Choir