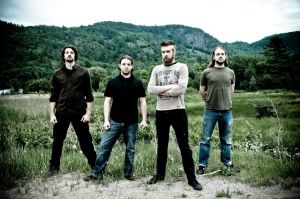 Additional notes
Founded in 2002 by David Gold and Aaron Palmer. David named the band after a fellow Windsor, Ontario-based band called Fact of Death who had a song called "Woods of Ypres". Aaron moved after the recording of the first album and later the two paired up again for a project called The Northern Ontario Black Metal Preservation Society. David passed away in 2011 in a vehicle accident in Northern Ontario on December 21, 2011.

The Woods of Ypres logo was designed by Neil Laperriere