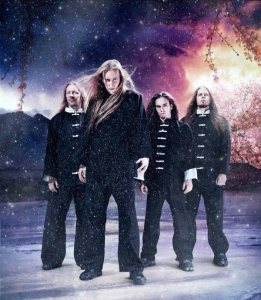 Additional notes
Formed by Jari Mäenpää as a side project when he was in Ensiferum. When the sessions booked for the recording of the first album clashed with an Ensiferum tour, Jari left Ensiferum. The first album was recorded entirely by Jari, apart from the drums which were played by Kai Hahto.