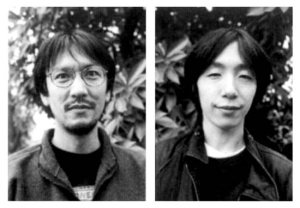 Ruins plays a unique form of manic and twisted progressive rock for these millennial times. Ruins' compositions are complex and can be disorienting to any listener who is accustomed to less innovative, dynamic, and demanding musics. Drummer/vocalist Tatsuya Yoshida, the founding member of Ruins, formed the band in 1985. Since that time, there have been a number of different bass players, including Kawamoto Hideki, Kimoto Kazuyoshi, Ryuichi Masuda, and Hisashi Sasaki. Bandleader/drummer/singer Yoshida credits such diverse influences as progressive rock stalwarts Magma, classical composers such as Chopin, and traditional throat singing from Tuva. Though hints of these and other influences (e.g., Bill Bruford, Rush, Pink Floyd, Gong, King Crimson, Yes, and Genesis) often come through in the Ruins sound, there is no mistaking Ruins for anyone else. Many Ruins compositions employ odd time signatures, sudden tempo changes, and passages of heavily processed noise. The bass, which unlike most has six strings, is often threaded through various effects. Vocables are meant to be nonsensical (and that's how they sound) and are usually improvised, as are portions of the songs. The overall sound is chaotic yet precise, noisy yet harmonious, catchy yet repelling, frenetic yet disciplined.