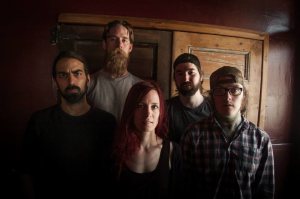 Additional notes
A recording project was constructed by Topon Das in 1997, two years later he gave this project a name, Fuck the Facts. After many early recordings including split tapes with S.M.E.S. and Mastectomia, FTF started developing a name in the underground with grind and noise fans worldwide. In 2000 the first full length CD "Discoing the Dead" was recorded. The positive feedback led to Topon assembling a full band to continue with the project later in 2001.

"Bastardised Grindcore" is a genre description coined by this band to self-describe their sound.

Since joining the band, vocalist Mel Mongeon does all of the artwork for Fuck the Facts.

The band name is taken from a song by Naked City.

Johnny Ibay started out as a touring member in 2008, but became a full member near the end of September 2010.