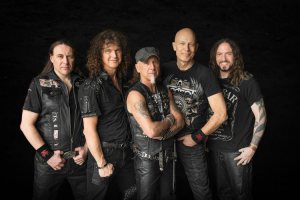 Accept have reformed and called it quits several times. They first split-up in 1989, reformed in 1992 and then broke up again in 1997. In 2005, the key members of Accept briefly reformed for a tour that was believed to be their last due to Udo Dirkschneider's insistence that he would not be involved with any further recordings with Accept. In May 2009, however, the rest of the line-up from the 2005 tour regrouped permanently with Mark Tornillo as the new vocalist.