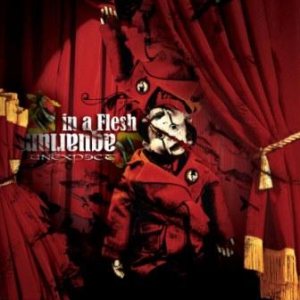 In A Flesh Aquarium

Eagles
In A Flesh Aquarium Information

Chromatic Chimera is actually the result of a keyboard/sampling instrumental
from the we_Invaders EP transformed into a full song.

The track titled "The Shiver - Another Dissonant Chord" was written in
Hungarian.

Track 7 is titled The Shiver - Another Dissonant Chord while track 9 is The
Shiver - A Clown's Mindtrap. It is listed wrong on the official site but the
lyrics and back cover show the correct track listing.

Re-released by Ascendance Records in 2007 with _wE, invaders as a bonus CD. _wE,
invaders also featured a new track called Puppet's Strange Vision (7:47) as a
new fifth track.