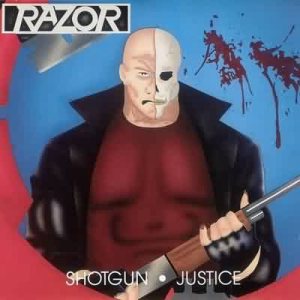 Videos were made for Shotgun Justice and American Luck.

Only official CD release by Fringe Records, printed in Canada. Has since been bootlegged in Russia and Ukraine.

Reissue 12" vinyl limited edition released in 2010 and August 31st, 2014 by High Roller Records with a re-vamped artwork. It comes in a 425gsm heavy cardboard cover and with lyric sheet.