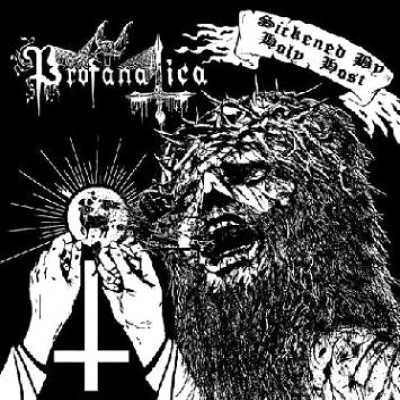 Additional notes
This is NOT a Profanatica album, but rather an intriguing 39-minute DOUBLE 12" MLP recorded in two distinct studio sessions.

PART #1 features 5 new songs plus 2 old classics written and recorded by Ledney with a session member. The performance on this work is much like their primitive Necrovore-ous atrocities committed in the early '90s and allows for safe assumption of what could have been heard on their long-lost album, "The Raping of the Virgin Mary."

Meanwhile, PART #2 features the same titles but written and recorded by Gelso alongside the same drums & vocals performed on record #1. The execution of this session continues in the more musical direction showcased on their first 2 albums and incorporates soundscapes sonically compiled by the late Aragon Amori.