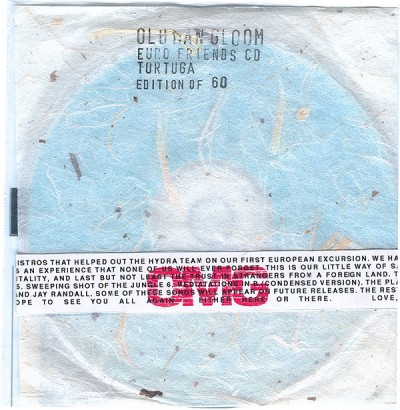 Additional notes
Compilation of two previously released tracks, a pre-production demo from the then upcoming "Christmas Eve I & II + 6' EP", two noise interludes, and a "remix" of the entire debut album. This condensed track is 6:13 of silence, followed by brief successive snippets of each track from "Meditations In B".

Limited to 60 hand-numbered copies. Originally given to personal friends, distros, and labels as a thank you gift for helping the band on their first European tour.