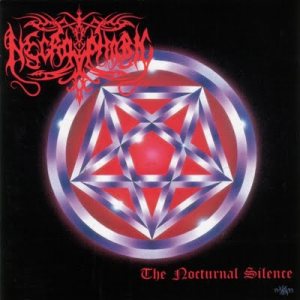 Tape version released in 1993 by Carnage Records. The band logo is upside down on the tape cover.

All other European reissues by Hammerheart Records, Painkiller Records and Karmageddon Media have "Inborn Evil" noted on the back cover/booklet and the song "Inborn Evil" pressed on the CD/LP.