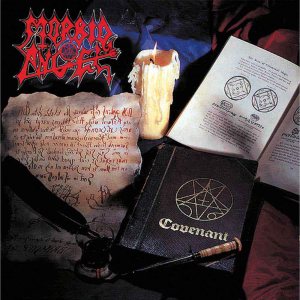 Music videos were made for Rapture and God of Emptiness.

The album was the first death metal album released on a major label only in the U.S. Some original copies have the parental advisory label on the covers which were later removed in future releases of the CD.

The Giant Records version of the album changed the front cover slightly by omitting the two circular sigils located on the left hand page of the open book in the top right hand corner of the cover.