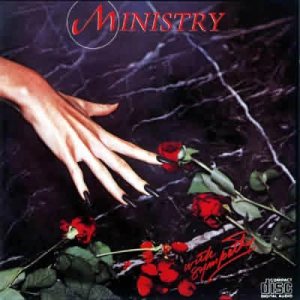 Trivia:
- Al Jourgensen insists that he was pressured by Arista into composing new wave material, and has consequentially disowned this record along with much of Ministry's earliest output. He adopts a faux-British accent, once again supposedly on command from management.
- Titled Work for Love in the European market to capitalize on the popularity of the eponymous single along with a re-arranged track order. Some overseas issues still feature the original cover art.