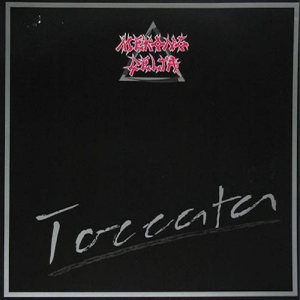 Additional notes
Though all tracks are credited to Björn Eklund, they actually are all covers:

-Toccata is a cover of the Emerson, Lake and Palmer adaptation of the 4th movement of Piano Concerto no. 1 by Argentinian composer Alberto Ginastera.

-Black Betty is version of an old song, often credited to Huddie "Lead Belly" Ledbetter, and performed by a wide variety of artists over the years, a well-known version being by Ram Jam. The oldest known recordings are from 1933.

-Interludium is an adaptation of the Psycho: Suite for String Orchestra composed by Bernard Herrmann for the Alfred Hitchcock film. The 1st version of this track appears on The Music of Erick Zann.